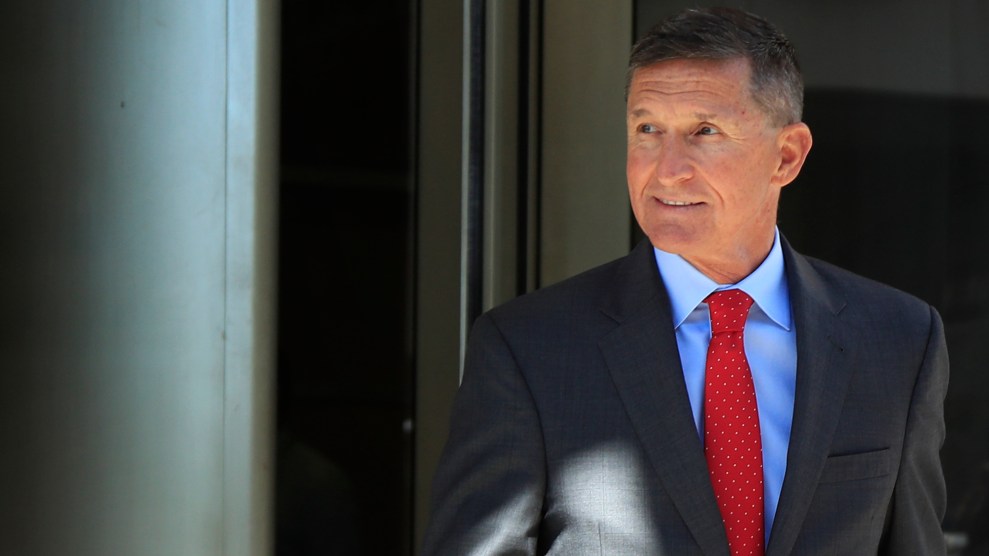 Michael Flynn, President Donald Trump’s former national security adviser, pulled out of a fundraiser for his legal defense fund that was organized by a supporter of the bizarre conspiracy theory known as QAnon, after Mother Jones reported on the event’s connection to the fringe group.