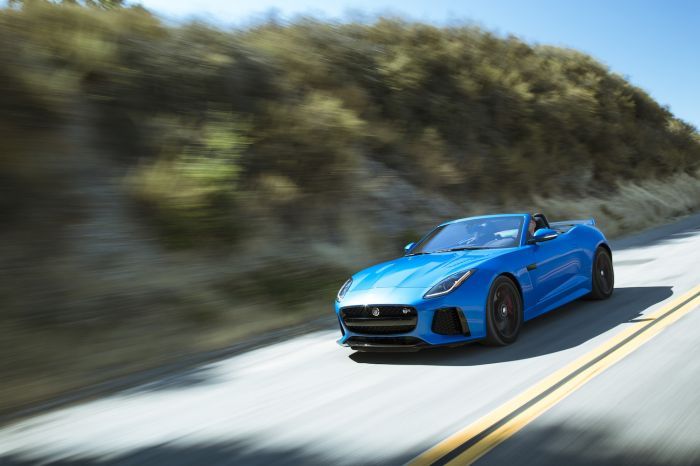 Each year, in addition to the actual goings-on during Monterey Car Week, aka Pebble Beach, there’s the whole undertaking of getting around in a style suitable to the posh events themselves. This leads to a form of automotive one-upmanship which we’ve engaged in for several year’s running. The satisfaction of turning heads in a place like Pebble Beach where Ferraris are a dime a dozen can’t be conveyed with mere words. This year our success was assured thanks to Jaguar and Land Rover, and in particular their exclusive Special Vehicle Operations divisions, which build everything from bespoke cars for Bond films to exquisitely enhanced versions of their road cars for clients who crave something even sexier. 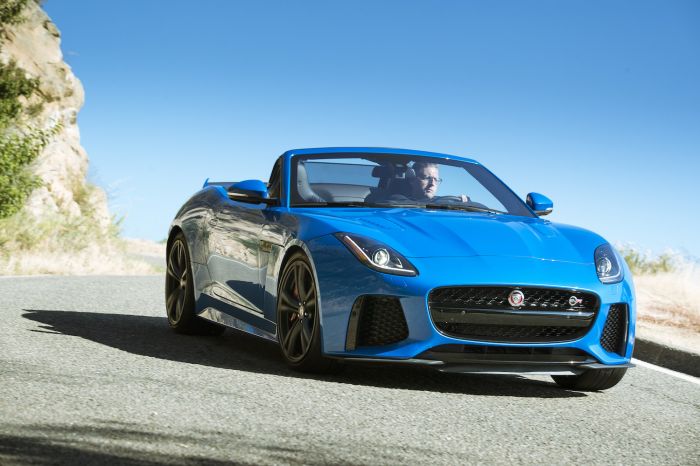 Starting off at the beautiful Ritz-Carlton, Bacara resort in Santa Barbara, we received our enviable assignment: test out the incredible Jaguar F-Type SVR Convertible, Jaguar’s most powerful series production road car ever, and the Range Rover Sport SVR, the most powerful Land Rover ever, on the scenic 320 mile journey to Monterey, after which the F-Type SVR would be ours for the remainder of the weekend’s festivities. Both designed, engineered and built in Britain, the…

The Zyrus LP1200 Strada Is a Lamborghini Huracán Super Trofeo with 1,200 Horsepower

CTA Travel: Back to Better

Seabourn Ovation to sail from Athens in July | News