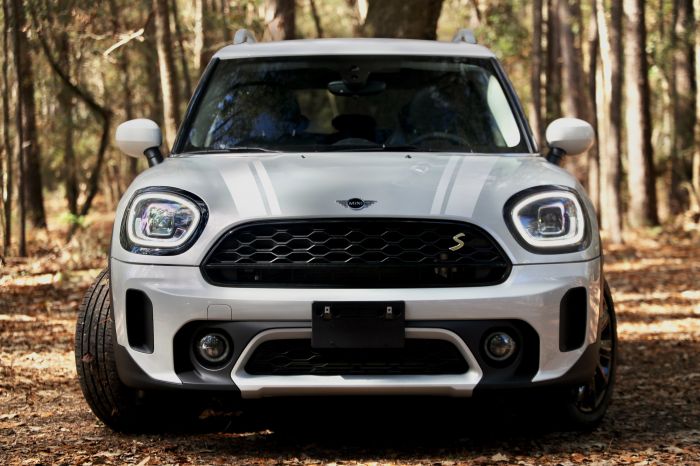 Getting behind the wheel of a Mini transports me to the getaway sequence in The Italian Job. Suddenly I hear “Getta Bloomin’ Move On” playing in my head. I want to race through the streets of Turin, down ancient steps, through rivers, and onto the roof of a stadium to foil the Carabinieri. All in a slim suit while doing my best Michael Caine impression. But after several days in this frame of mind, I found the new Mini Countryman SE plug-in to be far more convincing than my Cockney accent. 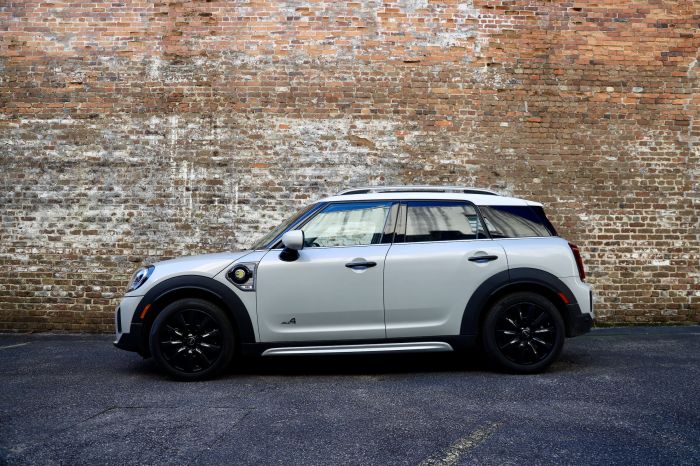 The Mini is a car that knows what it is. It’s not looking over its shoulder at the design elements of other cars for inspiration (assuming you don’t count previous Mini Coopers), and it indulges in its Mini-ness with elements like the big round chrome ocular command center, the Union Jack lines of the taillights, and racing stripes in the case of the model I drove. The double moon roofs add to a sense of interior expanse, and the physical scale of the Countryman is ideal––small enough to thread through city traffic and yet not at all cramped inside if you’re on the road for hours. 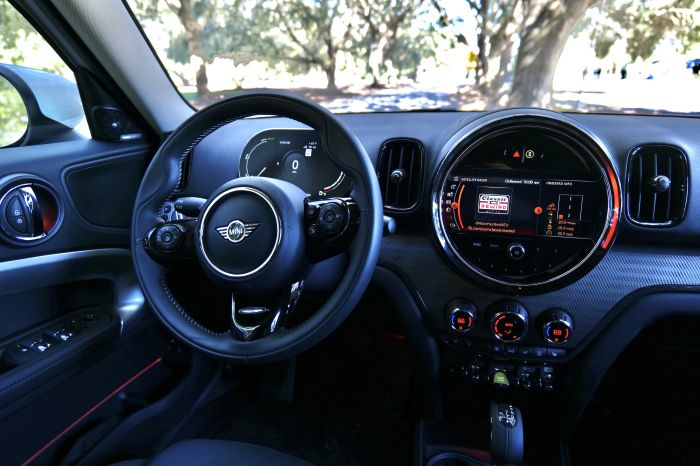 Whether you like the look of the interior is more a matter of taste than function. Self-consciously…