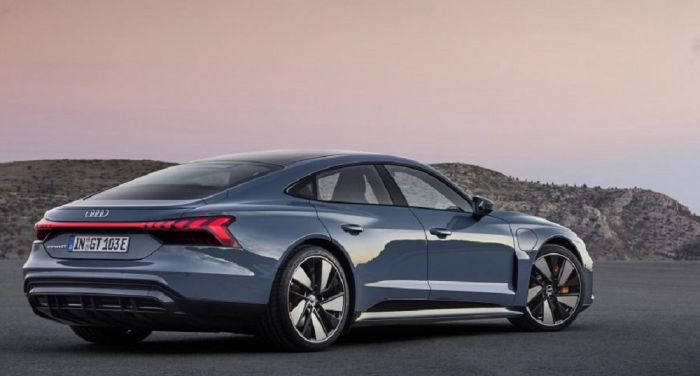 Audi has a new, all-electric flagship. With bones nicked from the Porsche Taycan, the E-Tron GT and RS E-Tron GT are seriously quick.

Say hello to Audi’s take on the Porsche Taycan.

After leaks, teasers, and a drip-feed of information, the Audi E-Tron GT and RS E-Tron GT have been officially unveiled.

Audi has confirmed the cars will touch down during the third quarter of 2021, with pricing and specs to be revealed closer to their arrival 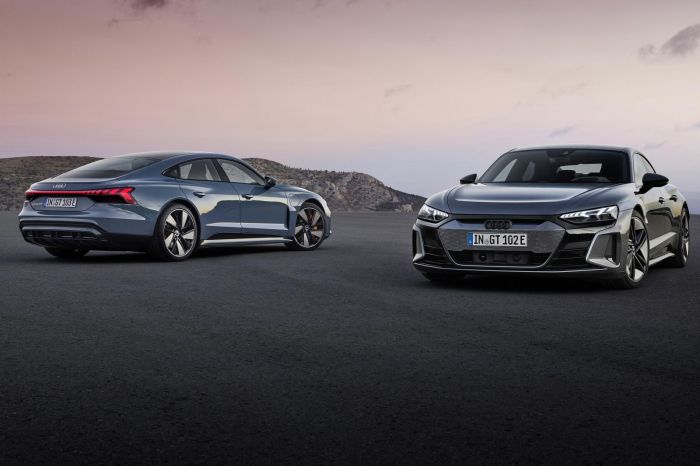 Here are the key numbers for the E-Tron GT and RS E-Tron GT:

* Both cars have overboost, upping power to 390kW in the GT and 475kW in the RS when launch control is active

* Both cars use a 93kWh (85kWh usable) lithium-ion battery pack capable of 270kW DC fast charging. Like the Taycan, the E-Tron GT has an 800V electrical architecture 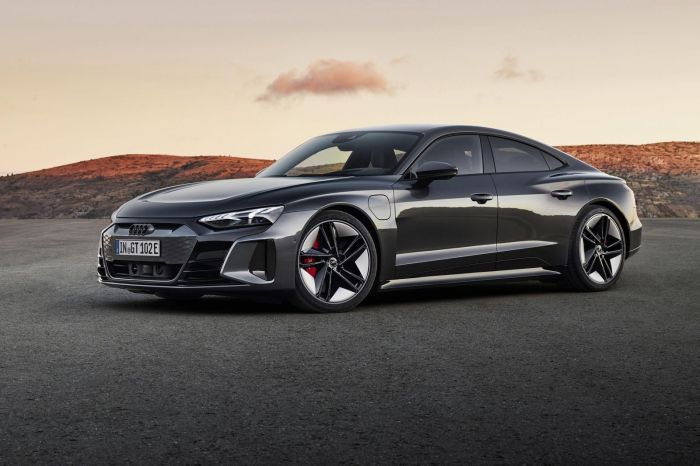 Now the numbers are out of the way, what is the E-Tron GT? Think…