The opening of Star Wars: Galaxy’s Edge at Disney’s Hollywood Studios in Orlando, Florida on August 29th created quite a thrill for all the fans out there as everyone rushed in, excited to come face to face with a Stormtrooper or maybe build their own custom Lightsaber. The 14-acre area is the largest single-themed land ever created in a Disney park.

Batuu may be a planet in a galaxy far far away, but LATAM takes you there in a full on Stormtrooper Plane so you won’t have to work too hard to get there. 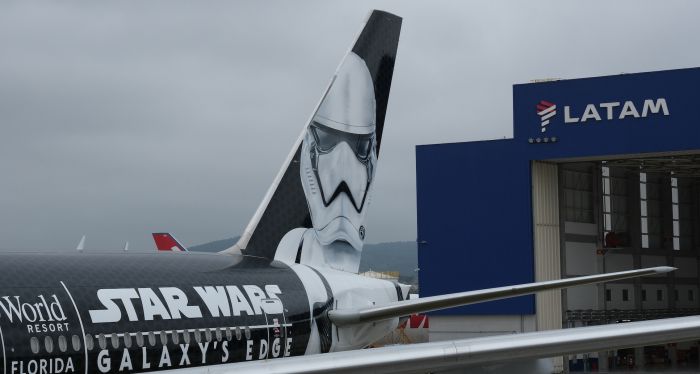 The beginning of October brought yet another adventure for the fans – a full-on “Stormtrooper Plane” brought to life by LATAM Airlines. With an exterior artwork designed by Disney’s creative team in conjunction with Lucasfilm, this Boeing 777 features LATAM’s new retrofitted cabins with new Premium Business seats with direct aisle access, a renovated Economy cabin and LATAM+ Seats, which offer greater space, a dedicated overhead bin and premium services such as priority boarding, has a capacity for up to 410 passengers and will serve international destinations from São Paulo to Orlando, Miami and Madrid. 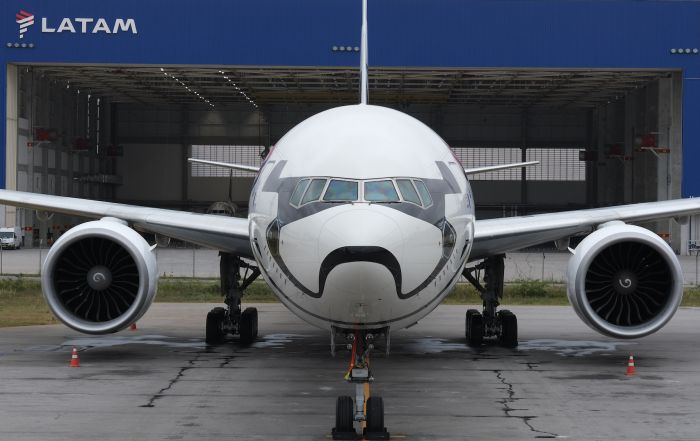